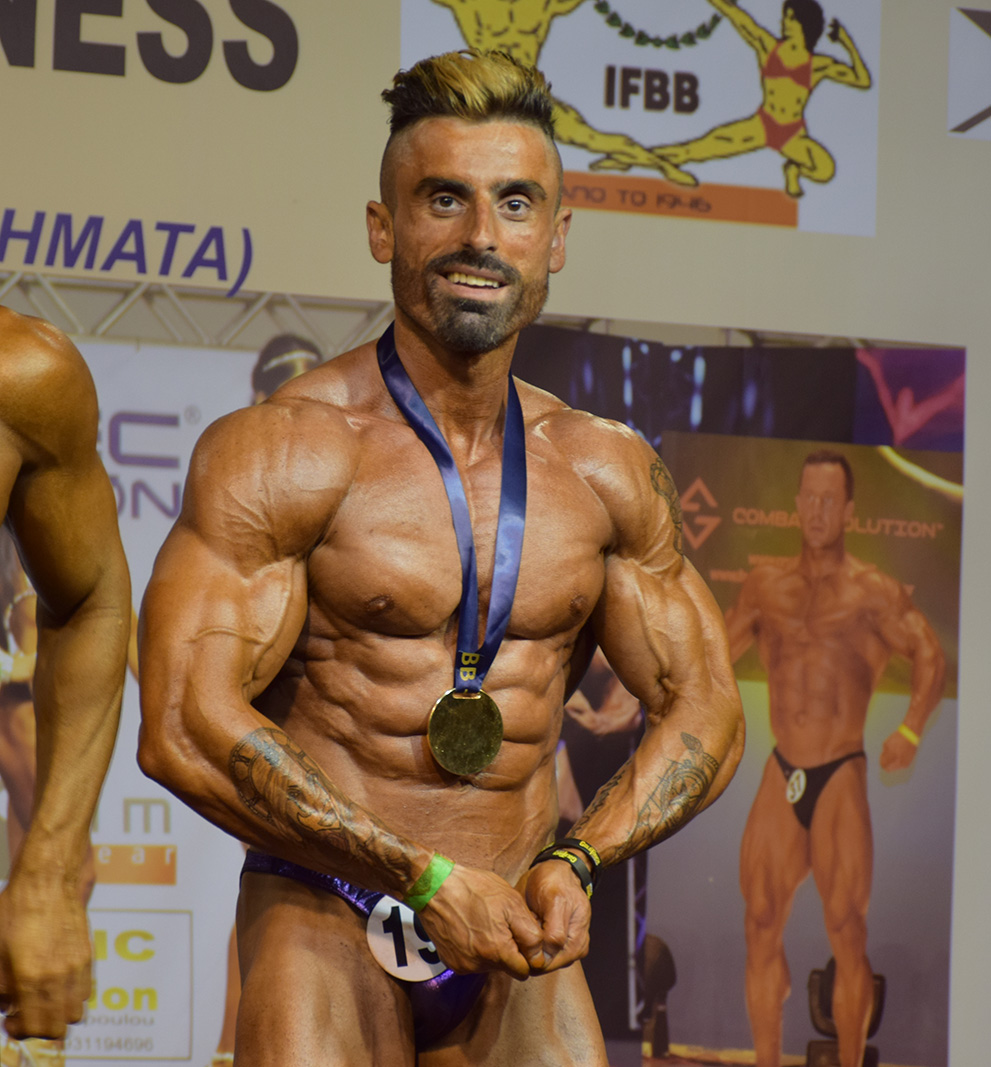 Giorgos Natsios is an athlete from the age of 9. Since that young age he played handball in Veroia’s team. He started weight training as part of his team’s strength and conditioning program and he totally liked the results he saw in his body. Later, along with his friend and co-athlete Stilianos Mourlas, who’s mostly into dynamic sports and powerlifting, he opened a shop with sports’ supplements in Veroia. That’s how they met Gold touch nutrition, and they both experienced firsthand the efficiency of our products, so they decided to become exclusive retailers.

Giorgos Natsios first attempt into professional bodybuilding competitions was in November 2013 in NAC grand prix where he got first place in bodybuilding IV category. In June’s 2014 Wabba, he struggled with several difficulties and finally got 5th place in body fitness category under 1.73, but the next week he was rewarded in IBFA Mr and Ms Hellas and got 1st place at the same category. Finally in the WABBA world championship during the same month he gave his best and got bronze medal and 3rd place.